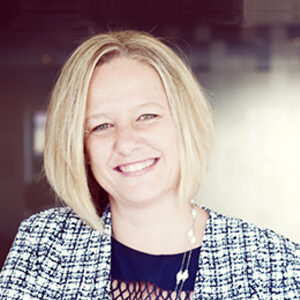 “Industrialisation is the motive behind economic growth, and although Africa has made strides in this regard, more can be done through the adoption of disruptive technology”, says Deirdré Fryer, Regional Product Manager for SYSPRO Africa

Each year, African policymakers, leaders, representatives of the private sector gather on the 20th of November to commemorate Africa Industrialisation Day (AID).

The day looks to mobilize the international community’s commitment to the industrialization of Africa while raising awareness around the associated opportunities and challenges of the industrial revolution.

This year’s theme ‘Inclusive and Sustainable Industrial Development’ could not be more apt considering recent developments, like the Africa Continental Free Trade Agreement (AfCFTA), which 54 African states have signed.

The sole purpose of AfCFTA is to create a single market for goods and services across incorporated countries, allowing free movement of business travelers and investments, while establishing a continental customs union to streamline trade and attract further long-term investment.

Positively, Africa has maintained an average overall rate of 5% Gross Domestic Product (GDP) growth over the last two decades, with early-stage entrepreneurial activity 13% higher than the global average, according to the World Economic Forum (WEF).

However, the continent still has a higher-than-average failure rate due to insufficient support and infrastructure. Added to the equation, Africa still faces lingering challenges, such as low industrial productivity, lack of technological innovation and high levels of youth unemployment.

To fast-track industrialization, Africa needs to find innovative ways to generate greater value, specifically from its manufacturing sector, which has been identified as a fundamental driver of economic growth.

Therefore, on the verge of a population boom, Africa will also account for more than half of the world’s population growth by 2050, according to the United Nations (UN). Job creation is vital to Africa’s long-term success.

Africa has shied away from the adoption of technologies due to fears of job loss, a popular misconception. In fact, 4IR will see a further 133 million jobs created in place of the 75 million that will be displaced by 2022.

Digital industrialization will create more jobs than it destroys while emerging technologies will enable Africa to catch up with the rest of the world. Technology is not taking jobs away but merely changing the job landscape, calling for industries to reskill and upskill the workforce.

With most of Africa’s manufacturers operating under capacity, valuable production time is being lost, and with it, lost revenue.

Manually operated processes limit production, with faulty equipment resulting in downtime and a workforce who can only operate so many hours in a day, are factors hindering growth.

In Kenya, for example, engines typically run for 86 days a year, with 50% only running three to five hours a week. If manufacturers increased this to 24 hours, they could easily achieve 12 months of production in just three months, according to a report by SYSPRO in conjunction with Strathmore University.

For example, by plugging in artificial intelligence (AI) into ERP reduces inaccuracies commonly felt throughout the supply chain, meaning better outputs for the entire business process.

Plus, costs are reduced, so manufacturers will see a greater return on investment (ROI) in the long run. And since automation replaces the need for manual labor, further cost savings will be felt.

Forward-looking trade agreements, support systems, and the introduction of advanced technologies can help the continent achieve real economic growth through its key sectors, such as manufacturing. Africa’s time is now.

Leave a comment
PrevPreviousWiFi Turns 20, Connecting to ERP Has Never Been Easier
NextHow ERP Takes the Customer Experience to the Next LevelNext

How can ERP benefit the manufacturing & distribution CFO?

What is Cloud ERP?

How manufacturers can respond to supply chain disruptions

How can ERP benefit the manufacturing & distribution CFO?

What is Cloud ERP?

How manufacturers can respond to supply chain disruptions