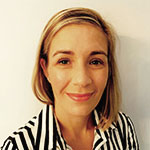 Introducing more women to STEM to diversify the technology pool

Barbie had a spacesuit before Neil Armstrong took his “giant leap for mankind“ on the moon. Six decades later, the percentage of women in computer occupations is waning, leaving mainly men to build the systems shaping the world in which we live.

Being the mom of two young girls, I have learned to embrace the fact that career advice from Barbie may count more than counsel from leadership guru Simon Sinek. I have been cheering for Barbie as her career progressed from a teenage fashion model in 1959 to a robotics engineer in 2018. Grandma Barbie might have instilled impossible body obsessions in millions of women, but STEM Barbie is creating career aspirations for the modern girl. In her slipstream, the percentage of women working in science, technology, engineering, and mathematics (STEM) jobs have increased since the 1970s.

Women in computer occupations is declining

Disheartening then that Barbie’s inspiration is still not leading women to computer labs. The percentage of women in computer occupations declined between 1990 and 2019. In 2015, women made up only 18% of computer science majors in the United States, a decline from a high of 37% in 1984.  No other professional field has experienced such a sharp drop in the number of women in its ranks.

That trail goes back much further than college, though. A recent survey by Junior Achievement found that only 9 percent of girls aged 13 to 17 are interested in a STEM career, down from 11 percent seen in a similar survey in 2018. Teen boys’ interest in STEM careers increased to 27 percent, up from 24 percent in 2018.

Research shows no single factor causes the lack of gender diversity in the STEM workforce. Gender stereotypes, a lack of role models and mentors, and insufficient attention to work-life balance all shake the Barbie Dream House.

Even more seriously, though, the consequences of a lack of gender diversity in the teams who are developing artificial intelligence (AI) systems should worry us all. Technology is altering lifestyles and human behavior in ways that seem to be beyond our control. AI can develop self-driving cars, robots that talk to us and much more. We trust AI to make decisions like approving customer credit limits, prioritizing patients for medical treatment and identifying resumes of successful applicants in recruitment. We believe that letting the robot make the decision will help us escape the bias of our backgrounds and personal preferences. But current AI systems are far from perfect.

Like all technology, AI is a reflection of those who make it. As humans are naturally biased, so is our technology. A recent example from the Grace Hopper Celebration For Women In Computing in 2017 shows a Google Translate bias that corrected “he is a babysitter” and “she is a doctor” to “she is a babysitter” and “he is a doctor” when asked to translate from Turkish to English.

AI includes systems that automatically learn and automate human processes without being continually programmed to do so. However, AI can only know what its creators tell it, and AI models are only as good as their training data sets.

Here’s the challenge: Teams of engineers and data scientists develop the training data sets.  Every team member is consciously or unconsciously biased. Despite our best efforts, those biases will influence how and what we teach our robots.

Bias in product design is not a new concept.  Consider the case of the thermostat. The formula for determining the standard office temperature was developed in the 1960s and based on the metabolic resting rate of the average man. A recent Dutch study found that the metabolic rate of young adult females performing light office work is significantly lower than the average values for men doing the same activity. In fact, the formula may overestimate female metabolic rate by as much as 35%, meaning that current offices are on average five degrees too cold for women.

As much as I dislike having to wear my furry coat to the office when the sun is shining outside, it is no match for how scary I find the idea of an algorithm disqualifying someone I love from having a much needed medical procedure.

” It may not be possible to have what some call an “unbiased brain”, but it is possible to bring diverse brains to the table to help prevent it.” —Christian Thilmany, Director, AI Strategy, Microsoft

One way to minimize AI risks is to increase the diversity of the teams involved in their development.

The key is to diversify this pool, and as diversity grows, the model will start to incorporate the opinions of a diverse team, and the bias in AI will itself get minimized.

I don’t blame big corporates and employers in the IT industry for the lack of gender diversity in STEM jobs.  I recognize that this opinion of mine is a personal bias founded in my own hugely positive experiences in the industry, especially my journey at SYSPRO and other women in IT might not share my lived experience. But placing undue blame at the industry’s door may be logically incorrect and certainly counterproductive: the pipeline of girls interested in a STEM career slows to a trickle by the time they reach Grade 7 – a very long time before they enter the job market.

This means that I have to take responsibility in my personal capacity. I have to own my role as a mentor and a role model.  It is not enough to buy my daughters the Robotics Engineer Barbie.  I have to be deliberate in guiding their aspirations. I do this, not just for their sake. No, Neil Armstrong, this is my small step for humankind.

Leave a comment
PrevPreviousWhy would a job shop consider an ERP system?
NextExecutive Guide to ERP Part 4Next