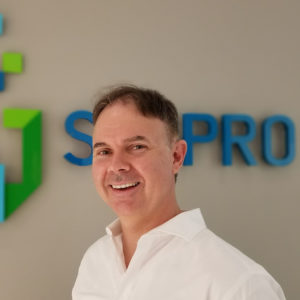 I’ve been in the ERP business for a while now and have helped all sorts of organizations with their systems from non-profit, to government, to businesses small and large.

One of the most interesting and complex ERP deployments that I’ve had the pleasure of participating in was for Santa (and Santa generously gave me permission to share what we did for him so that other businesses can learn from his lessons).

CRM is a critical element of Santa’s operation. Keeping track of who is naughty and who is nice requires exhaustive records and for that you need a very good CRM.

Tracking relative naughtiness is difficult since it is rarely true that any individual falls squarely in one camp or the other. Instead Santa uses a metric called Naughty-Rank which takes weighted values for all of the naughty and nice actions throughout the year and then computes a score between 0 and 1. The closer an individual is to one the higher the confidence is that the individual in question is actually naughty.

These values are stored in CRM throughout the year. Processing this data is the real nightmare before Christmas. On Christmas Eve, Santa buys up spot instances of all of the computing power he can find to supplement his data center. All of this computing power, with backups and redundancies, feedback in to CRM while also populating the nice list before being sent to Santa’s printer array.

The era of electronic surveillance has greatly reduced the number of personnel required to track the Naughty-Rank, but it is still a massive undertaking. That’s why agents in the field use their mobile devices to log everything in to CRM on the go.

Meta-data and intercepted conversations (note: it’s legal to intercept phone and Internet conversations as long as one party is not a citizen of the North Pole) produce a massive amount of data that is beyond the capacity of elves to monitor manually. Santa relies on a secret data warehouse to automatically process all of this information and separate naughty thoughts from the noise. Any information caught in this dragnet goes in to the individual’s CRM record without that individual being notified or having recourse to appeal.

Santa’s supply chain is truly something to behold. While other manufacturers are trying to find suppliers nearer to their facilities to reduce shipping costs, lead times and support just-in-time manufacturing, Santa’s production is remote resulting in exceptionally long lead times.

Forecasting is limited to calculating population growth and periodically calculating Naughty-Rank for a sample population so that Santa is not caught off guard by a bad year. And yet, it works as Santa is able to consistently deliver perfect customer service to those on his nice list.

Some whisper that before Santa got an ERP system he would tweak the Naughty-Rank threshold for getting on the nice list to match his year-end inventory. So far Santa has escaped the attention of regulatory authorities in this matter and the statute of limitations is fast approaching.

Santa uses surprisingly primitive production methods. A surfeit of cheap elf labor has meant that Santa hasn’t had to modernize his production facilities the way other manufacturers have.

The operation is incredibly effective and perhaps brutally so. The elves run on two twelve-hour shifts seven days a week.

Despite working conditions that seem like an invitation to error and accident and a large variety of products that preclude long production runs, the elves are remarkably efficient at routing production intuitively through the shop floor.

We tried to convince Santa to use a graphical planning solution, but he just scoffed “bah, let the elves sort it out.”

We did implement production tracking using a bar-coding system, but Santa, who doesn’t employ a dedicated production planner, doesn’t bother using it despite having real-time data on the progress of jobs and bottlenecks.

The seasonality of Santa’s business means that there are few opportunities for improving inventory management.

Just-in-time production is out simply because Santa’s factories simply can’t produce fast enough to keep up in peak demand seasons.

Where other businesses would require multiple third-party logistics partners, Santa is able to fulfill during peak demand using only a sleigh and nine reindeer.

One of the advantages of doing business in the North Pole is the laissez-faire regulatory climate—no taxes, no regulations, little oversight. Santa is a very shrewd and ruthless businessman.

Payroll was simply not a requirement. “Ho-ho-ho,” he said, “I’ll handle it” when we were talking about his implementation requirements.

Far-be-it for me to criticise a customer, but I suspect that his labor practices are not entirely in alignment with what is considered acceptable by most businesses.

If you stop to think about it one of the most fascinating parts of Santa’s operation is planning to deliver goods to several billion homes around the globe in a 24-hour span.  Of course working east to west is required to “follow the sun” around the world, with extremely complex route-planning required. The addition of GPS and SatNav has helped immensely, but at the end of the day it’s all about getting the sleigh loaded and out the door on time, at about 1 minute to midnight on the 24th.

And that’s about all the secrets I’m able to divulge – Santa tends to hold his IP quite close as a trade secret. Not that there’s a lot of competition, but he’s planning to keep it that way.

How manufacturers can use ERP to improve the procurement process

How to improve quality management in your manufacturing business

How ERP can improve your manufacturing process

Closing the gap between employee 1.0 and industry 4.0

How manufacturers can use ERP to improve the procurement process

How to improve quality management in your manufacturing business

How ERP can improve your manufacturing process

Closing the gap between employee 1.0 and industry 4.0