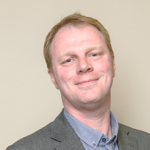 The Importance of People in an ERP Implementation

As we all know, regardless of best endeavors, procedure and protocol some ERP implementations go more smoothly than others. People, or as I like to call them, Variables, cannot always be brought around to our way of thinking in the limited time we get to implement an ERP system.

Sometimes, however, we get to witness the worst, and often the very best, of human character.

I was implementing a site a few years ago, and it was tough. Every module under the sun – a real showcase of SYSPRO’s latest functionality, Advanced Planning and Scheduling, bespoke development, power tailoring and ability to integrate with other software.

It came to be that our main man on site – he who would be pulling data from legacy, providing the bulk of the translation of business requirements to functional requirements, authoring many of the third-party products and interfaces and just generally being all over it – was to leave the business three days after go-live.

This was something of a catastrophe for the implementation, but it was a lifestyle move for our man and he wasn’t going to change his mind. His assistant (for lack of a better term) was to remain but he didn’t have the same level of technical ability as the chap who was leaving.

Naturally the business panicked and got into the market for a SYSPRO-savvy IT manager. Luckily, they found a great guy – he was well known to us and a fantastic hire. He was to start a couple of weeks before go-live. Nice story Jeff, happy ending, right?

Not really the point. You see what we had then at go-live was a guy who was leaving, a guy who was new, dazed and confused, and another guy who had just basically been overlooked for promotion and had a new boss dumped on him at a critical point.

To say this guy stepped up to the plate is an understatement of note. After what must have been an incredibly testing and demoralizing time for him, he just got stuck in and shone. He worked all hours and got into all sorts of areas outside his comfort zone. Stellar performance all round.

One of the many beneficial side-effects of this job is to see that kind of thing. The resilience of human nature. What’s more, as in this game it’s quite common to have the ear of the MD or at least the project sponsor. I got to explain this entire phenomenon to the MD, who was almost tearfully grateful to hear about the level of commitment that his people are capable of.

Just remember, if ERP is about anything at all, it is all about the people. They are the gift.